It Works! Check out our 400+ Success Testimonials 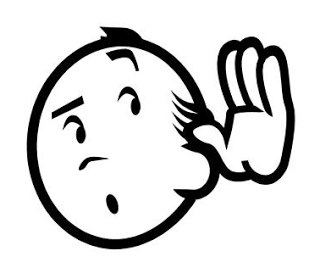 Discover the freedom to change your emotional states at will, through changing your inner soundtrack. Combat negative self talk and negative emotions, or increase motivation with the power of your own mind! Sounds good to me!
__________

The topic is sound…music, speech, how the soundtrack of our lives influences our emotional states. And how WE can enhance this and alter this influence for our own well-being. We can can do all sorts of things, for example release negative emotions, create motivation, move us forward in our desires. By “tinkering” with sound in our minds!

Music moves us, elevates us, stirs our emotions, in the direction of any emotion you can name. Think of a march by John Phillip Sousa, or how any stirring anthem activates our feelings of patriotism. Think how a quiet, beautiful orchestral piece of music calms and relaxes. Think of a horror movie soundtrack, full of tension and suspense. Sound is a huge part of our experience of our lives and key to our memories and emotional states. Imagine a love movie with no soundtrack–would it have the same emotional impact? No!

By altering the sounds we play in our minds in simple ways, we can experience life differently, more positively, and here are a few easy ideas to do so:

We’ve all had arguments, with a coworker, with a spouse, with a friend, and sometimes they “eat” at us. We play them over and over in our minds, and churn up even more negative emotions like anger and irritation. Here’s something to do: as you think about that argument, create a new soundtrack. Let the voices fade and cue in the circus music. Clown music. Carnival music. Do do doodle-ooodle ut do do-dooo… Do do doodle-ooodle ut do do-dooo…Play that for awhile as the argument runs in your mind, and let it transform your experience of the argument. Done? Great! Now, think about it. That arguments seems kind of silly, doesn’t it? Ridiculous. Less power. Less force to disturb. And that’s a GOOD thing.

Here’s another use for improving your life with sound. You want to get to the gym, you know you need to exercise. You want to exercise, but somehow…you just aren’t doing it. Here’s what gets me going, and pumps up my motivation. The Rocky Theme. You know the one, where he’s running up the steps in Philadelphia: “getting strong now, gonna fly now…” Play that music in your mind when you want a lift of success and motivation. The resultant emotion will propel you out the door and to the gym. Or insert any other inspirational music which speaks to you. Movies are a great source to reference, because we all know them. You can pump up your confidence as well with music such as Indiana Jones, Star Wars, Superman.

Here’s another wonderful use of this: play with sound to combat what we call “negative self talk.” That’s the little critical voice in your mind always telling you what you can’t accomplish, and spraying you with curses: “You’re lazy!,” “You’re stupid!,” “You’ll never get it done!” and so on. Imagine that voice to be a different voice, a silly voice, a cartoon voice. Bugs Bunny, Mickey Mouse, Elmer Fudd, something ridiculous. Hear the same words in that new, ridiculous, cartoon voice. Maybe it’s a squeaky, high pitched cartoon voice. “You’re lazy!” The impact on you is different, isn’t it? Now it’s absurd, and not to be taken seriously. The voice is a joke!

Here’s what else you can do. Imagine that you’re at the controls of an old time radio with dials. Yes, kids, radios used to have dials. As you play those silly, cartoon voices telling you negative things about yourself and the world, just turn down the volume. Softer, softer, turn it down, turn it down, turn it down, until the voice is barely audible, then just a whisper on the wind, and then…gone. It’s nice to shut that critical voice up, isn’t it?

The secret here, we can choose how we feel. Play with these simple techniques above involving sound to feel good now! 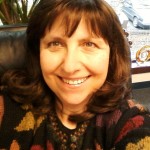 Connie is a published author and creator of several self-help audio hypnosis products, a speaker and a teacher. She offers NLP certification trainings in the Seattle, WA area with her husband, Michael, also a Licensed Trainer of NLP®.

She is a member in good standing of several professional organizations including the National Guild of Hypnotists, the International Association of Professional Conversational Hypnotherapists and the Society of Neuro-Linguistic Programming®.

Here's proof positive that hypnosis works!!  Check out the before/after picture, Connie used hypnotic skills to let go of weight herself.  You want a hypnotherapist who has expertise and success with the power of these awesome techniques.

MORE ABOUT YOUR HYPNOTHERAPISTS

She also owns and operates a private Washington-State licensed career school, Mindworks NLP, and offers training in NLP and hypnotherapy with Michael.

Connie is a published author and creator of several hypnosis self-help audio cd products.  (See our products page here!)  She conducts a series of self-hypnosis workshops and teaches hypnosis for adult continuing education programs in the Seattle area.

Michael Brannan, CHt, is former President of the Washington State Chapter of the NGH (National Guild of Hypnotists).  He has achieved these professional certifications:

Michael is a published author of the book, "Beyond the Conscious Mind: The Magic of Self Hypnosis."

Michael is available at this time for private sessions evenings and weekends.

Connie and Michael Brannan.  Master Hypnotists!  Together, we are the Mindworks Hypnosis and NLP team, full of powerful tools for your success. Now.  C'mon, Seattle, hypnosis is powerful stuff, experience this success for yourself!

You want therapists who are ethical as well as talented.  We are an Accredited Business of the Better Business Bureau of WA. and have achieved an "A+" Rating.

The Society of Neuro Linguistic Programming®

Connie and Michael are registered with Washington State as Certified Hypnotherapists.